A Backward Glance: What Happened to Your Early Recordings? 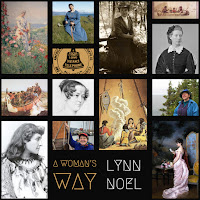 Amazingly, 2017 was the 30th anniversary of Crosscurrents Music , so some of you devoted fans have been loyal for over half my life. Every now and then someone tracks me down to ask where they can buy my CDs or order online.  Back in 2015, I did a lot of prep toward reissuing my backlist for the 2017 anniversary. The Oasis upload process made me realize that in my callow youth, I recorded an embarrassing number of cover tracks without permission. My only excuses are that imitation is the sincerest form of flattery, that I thought of myself back then as a heritage interpreter and not a recording artist, and that my early albums were actually issued before the 1990 invention of the WorldWide Web (!), when awareness of copyright and intellectual property was not what it is today. Fortunately, the press runs were small (500 copies), so if you still have one, they're a collector's item. I am now committed to recording only traditional/public domain and original material, wit
Post a Comment
Read more
More posts